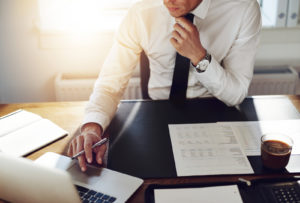 Restrictive covenants. To all those developers out there, these are probably all too familiar. They can be a great thing or a source of frustration and even litigation. A restrictive covenant may not say what you think it says. In a case recently litigated here in Texas, two property owners found themselves in just that situation.

In Moseley v. Arnold, neighboring property owners were in a dispute over the enforceability of a restrictive covenant prohibiting one tract from being developed as a truck and fuel stop. Moseley originally owned both tracts, but thirty years prior to this suit, sold one tract on which a truck and fuel stop was located. As part of that sale, Moseley agreed to place a restrictive covenant on his remaining tract of land which stated that his tract “may not be developed and used as a truck stop and fuel stop to protect the value and desirability of the [tract he sold].”  The gas station subsequently burned down in the interim thirty years and that tract was sold as raw land to Arnold.

Moseley sought, by virtue of the law suit, to avoid compliance with the restrictive covenant he imposed on his land due to changed circumstances (there was no longer a fuel station next door). Arnold sought to enforce the covenant because she viewed it as a benefit to her land. Seems pretty simple, right? The court, in construing the enforceability of the covenant, opined that the phrasing of the restrictive covenant [“ to protect the value and desirability of Arnold’s land”] was too vague and ambiguous to ascertain the original purpose of the covenant and, thus, the ambiguity created a fact question for a jury as to whether changed circumstances rendered the covenant unenforceable.

So, what is the point of all of this?

Poor phrasing can leave you without the benefit of the covenant you expected (and paid for!) and can lead to litigation – which costs a lot of time and a lot of money. For developers, consider too that if you find yourself in a lawsuit, your project cannot move forward until the resolution of the suit, thereby potentially causing years of delay and the loss of lots of money.

The good news – the attorneys at Holmes Firm PC are experienced in prosecuting and defending claims such as these, which allows us to have a unique eye toward litigation when drafting restrictive covenants, thus avoiding the ambiguities that allowed these unsuspecting property owners to end up in at the Court house. So, When It Matters, give us a call.