WARNING: Pre-PSA emails may give rise to a contract for the purchase and sale of Real Estate

February 5, 2018
Home » The Holmes Firm in the News » Hot Topics in Real Estate Law » WARNING: Pre-PSA emails may give rise to a contract for the purchase and sale of Real Estate

Everyone in the commercial real estate world understands that the Statute of Frauds requires a contract for the purchase and sale of real estate be in writing. Everyone in the commercial real estate world also operates on the belief that there is no contract until a Purchase and Sale Agreement is executed by the seller and the purchaser. A recent case out of the Houston Court of Appeals, First District, now warns us that emails may constitute a written contract for the sale of real estate and may give rise to a contract even though a formal PSA was contemplated by at least one of the parties.

In Le Norman Operating LLC versus Chalker Energy Partners III, LLC, the Houston Court of Appeals, First District, held that email correspondence prior to the execution and delivery of a PSA was sufficient evidence to create a fact issue as to contract formation and the mere presence of an email address or name in the “From” field of an email was evidence of an electronic signature.

In that case, a perspective purchaser (Le Norman Operating LLC) of oil and gas interests (a real property interest) sent an email to the potential seller (Chalker Energy Partners III, LLC) setting forth the basic terms of a contract to purchase oil and gas interests from the seller. The seller responded by email, essentially, that the seller would sell “subject to a mutually agreeable PSA.” Within a day or so, however, the seller entered into a PSA with a different purchaser. Le Norman sued Chalker Energy, claiming, among other things, breach of contract.

The Court found that the email chain created sufficient evidence of a contract to send to the jury the fact question of whether or not a contract was formed. But where is the written contract signed by the seller and purchaser? The Court held, relying on a prior Texas Supreme Court decision (Khoury versus Tomlinson), that “a name or email address in the ‘From’ field functions as a signature in emails” and “a signature block in an email performs the same authenticating function as a “From” field and also satisfies the requirement of a signature under the UETA”. The UETA is the Uniform Electronic Transactions Act, which Texas has adopted. 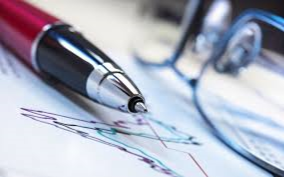 The Court also sidestepped the “subject to a mutually agreeable PSA language” by finding that there was some evidence the parties agreed to all the material terms of the contract and the PSA was a mere formality to be agreed upon down the road.

It is important to note this was an appeal from a Summary Judgment and the Court found sufficient evidence to exist to create a genuine issue as to a material fact, sufficient that the case should go to the jury; the Court did not find, in fact, a contract was created. Even so, the result should send shivers through the business community.

What does that mean to you? We suggest, when sending emails back and forth to negotiate a PSA, that you add a disclaimer in your email of the applicability of the Texas Uniform Electronic Transactions Act such that an email stream between you and the other party will not give rise to a contract. Further, we suggest you always add a sentence to your emails, again when negotiating a PSA via email, that the email is not intended to, and shall not, create a contract.

We encourage you to protect yourself from unwanted contracts, and we can help you with that. For further information, please contact Ron Holmes.