February 12, 2020
Home » The Holmes Firm in the News » General Law Topics » Trademarks and Branding – Why You Should Pay Attention (and How Peloton is Taking Over the World) 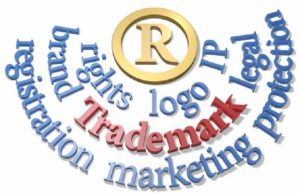 By Scott A. Meyer.

We’ve all seen the Peloton exercise bike commercials with the physical fitness models laughing and enjoying their way to perfect bodies using Peloton equipment. Unfortunately for Peloton Magazine, they weren’t paying attention enough. While obtaining a trademark registration with the United States Patent & Trademark Office (“USPTO”) is basically required in the 21 st century and our connected world if you want to control your brand, you cannot forget to police that brand.

Move Press, the publisher of Peloton Magazine, filed trademarks for its brand beginning in 2010 for “magazines in the field of bicycles.” Peloton Interactive (“Peloton”), manufacturer of Peloton cycling equipment and on-demand spin classes, formed in 2012 and filed trademarks for its brand in beginning in November 2012 for “stationary bicycles…downloadable software…and streaming of audio and video materials…featuring physical fitness classes, training, and instruction.” Since Peloton Magazine operated a different type of business (and obtained its’ marks in the 016 and 041 classifications while Peloton obtained its’ marks in the 009, 028, 038 and 041 classifications), the initial likelihood of confusion between its trademarks and those held by Peloton was remote. And since Peloton Magazine obtained its’ marks first, it was considered the senior user and Peloton the junior user. For any of you who are not cycling fanatics or haven’t seen the Tour de France, ‘Peloton’ refers to the main group or pack of cyclists in a race.

But beginning in 2013, Peloton started its’ massive marketing campaign for which it is now extremely well known. Peloton Magazine, concerned at first, sent a single cease and desist letter in July 2014 to Peloton, but never followed up on that letter when Peloton did not back off with its widespread marketing.

Peloton Magazine eventually filed a lawsuit to cancel Peloton’s trademark registrations, among other claims, in federal district court, but not until 2018 (five years after Peloton first began encroaching)1. In September 2019, the federal district court found in favor of Peloton and granted summary judgment against Peloton Magazine, finding that under the equitable doctrine of laches, because Peloton Magazine did not file its lawsuit until after the most analogous state statute of limitations had expired, its delay of five years was unreasonable. In this case, as with most trademark infringement matters, the clock started ticking when Peloton Magazine knew or should have known of the alleged confusion caused in the marketplace by the Peloton marks.

In determining whether delay was unreasonable in a trademark case, courts consider six factors2:

With factors (iii) and (v) being a wash, the Court found in favor of Peloton on all other factors and granted summary judgment in favor of Peloton (legal death for Peloton Magazine and its ability to enforce trademark rights against Peloton), and specifically noted with factor (ii) that Peloton Magazine was not diligent in enforcing its’ marks because it knew of the likelihood of confusion since 2013 but did not formally act to enforce its’ rights until filing the lawsuit in February 2018 (sending the single cease and desist letter was not enough), and (vi) that Peloton would be significantly harmed by any ruling preventing its use of the Peloton name because of the enormous efforts it had undertaken to grow its’ business during the five year time period when Peloton Magazine could have filed a lawsuit but chose not to do so.

The lesson for you and your trademark

For those of you who own a brand, don’t ignore infringers or potential infringers in the marketplace or you may end up losing the right to keep others from using your marks, which can lead to loss of goodwill and recognition (honestly, how many of you had ever heard of Peloton Magazine before reading this article). Guess who effectively now has senior rights in the marketplace to use the ‘Peloton’ mark and can continue its march toward world domination in the fitness market? 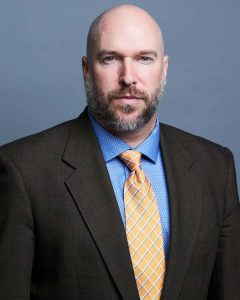 About Scott A. Meyer