The What and Why of Gun Trusts

December 8, 2016
Home » The Holmes Firm in the News » General Law Topics » The What and Why of Gun Trusts 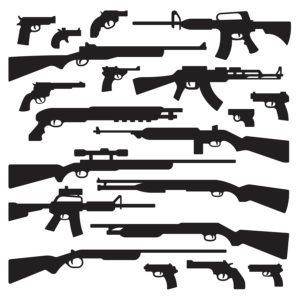 You probably have heard of a Gun Trust, but may not know what that really is or why anyone would need one. Anyone who owns Title 2 firearms might consider a Gun Trust in order to “legally” transfer title to his Title 2 firearms upon his death, but there are serious pitfalls for the unwary.

A Title 2 firearm includes only the following:

These weapons are what are commonly referred to as “NFA” or “Class 3” firearms, which generally require different or special licensing and training to legally possess. All other firearms are Title 1 firearms. The important difference is that Title 2 firearms are subject to more stringent regulations with which owners must comply.

The criminal penalties for a violation of Title 2 are severe. First, a violation of Title 2 does not require a culpable mental state. The mere possession of contraband under Title 2 constitutes a felony punishable by up to ten (10) years in prison and a $250,000.00 fine, forfeiture of all firearms, and permanent loss of the right to own a firearm. In addition, any vehicle, boat, or aircraft used to transport the contraband is also subject to seizure. Thus, it is possible to commit an “accidental felony” under Title 2 – that is, a person may come into possession of Contraband without realizing the firearm is illegal to possess.

This is where Gun Trusts come in. These trusts have become a popular response to the stringency of Title 2. For example, if an estate contains Title 2 firearms registered in the decedent’s name, the firearms would be considered Contraband if the executor distributed the firearms to any beneficiary, as the decedent would be the only person lawfully allowed to own and transfer the firearm. Once the decedent dies, it becomes impossible to transfer ownership of the firearm, leaving the executor with no choice but to surrender the firearm to the federal government.

However, the question is whether a Gun Trust is actually a valid instrument. The Gun Trust is a mechanism to advantage a loophole in a law designed to regulate firearms, regulation of which may be said to be in the interest of public safety.

This area of the law is a “gray zone,” and caution should be your friend.