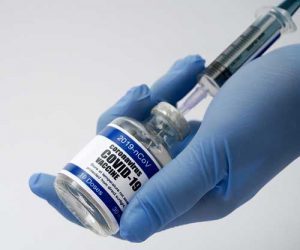 From executive orders to federal agency rules and Supreme Court decisions, the United States is in no short supply of popcorn-worthy drama regarding the enforceability of vaccine mandates. Right now, we know blanket vaccine mandates will fail, but targeted vaccine mandates to healthcare industries will likely prevail.

The vaccine mandate saga began on January 21, 2021, when President Biden issued an executive order directing the Occupational Safety and Health Administration (“OSHA”) to create a rule that would require employers with 100+ employees to mandate employee vaccination or weekly testing and mask requirements. In response to President Biden’s Executive Order, OSHA passed the COVID-19 Vaccination and Testing Emergency Temporary Standard (“ETS”) on November 5, 2021. That same day, the Centers for Medicare and Medicaid Services (“CMS”) passed a vaccine-only rule for all eligible staff at Medicare facilities (“Health Care Staff Rule”).

Why did the U.S. Supreme Court stop the ETS but allow the Health Care Staff Rule? The U.S. Supreme Court focused on the scope of authority Congress extended to OSHA and CMS. On one hand, Congress authorized OSHA to address specific workplace safety standards, not universal risks. On the other hand, Congress authorized CMS to set requirements necessary for the health and safety of individuals receiving services from the Medicare or Medicaid programs.

What’s Next in the Saga?

Everyone, the U.S. President, Congress, federal agencies, states, employers, and employees, has an opinion and wants their opinion to “win”. After the U.S. Supreme Court blocked OSHA’s ETS, the U.S. Secretary of Labor, Marty Walsh, stated he was “disappointed in the court’s decision” and “urge[d] all employers to require workers to get vaccinated or tested weekly.” OSHA plans to create a targeted version of the ETS that identifies specific industries and jobs where the virus poses a special danger, which would likely be within the scope of authority Congress extended to OSHA.

The vaccine saga is far from over, and as mandates are challenged in courts across the country, our understanding of what is permissible will evolve as states, employers, and agencies challenge competing views in court.

It is clear no matter who sets a vaccination rule, someone will be unhappy and challenge the rule in court, and it will be up to the courts to decide what will be allowed to stand. However, it is also likely the virus may be solved well before the numerous legal disputes work their way through the court system.

About the authors: Ron is the founder of Holmes Firm PC. Taylor is a candidate for her Doctorate of Jurisprudence degree from SMU Dedman School of Law, May 2022.

We offer the foregoing to you not as legal advice (please consult with your own attorney regarding your specific facts) but as an overview.  If you desire to know more about how issues like this can affect your business, please contact Ron Holmes at 469.916.7700 ext. 105 or via email.