The President’s Vaccine Mandate: Enforceable or Not?

October 20, 2021
Home » The Holmes Firm in the News » General Law Topics » The President’s Vaccine Mandate: Enforceable or Not? 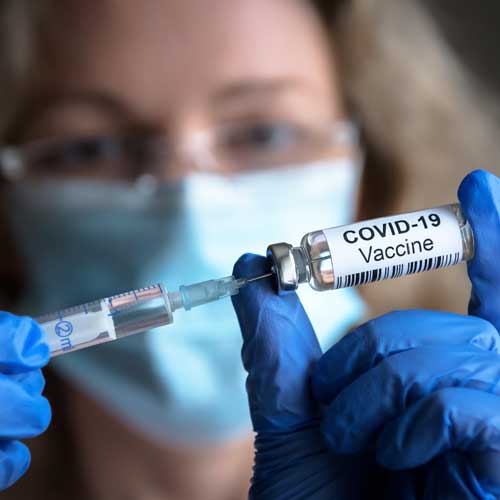 by Ron Holmes and Riley Wilson –

Recently, President Biden announced his COVID-19 Action Plan to combat the virus and its effects, one aspect of which directs the Occupational Safety and Health Administration (OSHA) to create a rule requiring employers with 100 or more employees to mandate COVID-19 vaccines or be subjected to weekly testing (the “Private Companies Mandate”). This directive complements two executive orders mandating vaccines for all federal workers and employees of contractors that do business with the government.  But, is it enforceable?

The short answer is President Biden has accomplished indirectly what he could not accomplish directly.  The President has no authority by executive order to mandate to private citizens, but the President is authorized by executive order to instruct federal administrative agencies and government officials.  In this particular instance, the President instructed OSHA, a federal administrative agency, to mandate to large private companies, and thus their employees, that all employees be vaccinated or take weekly tests. Enforceable?  Probably so.

Want to know more?  Read on… 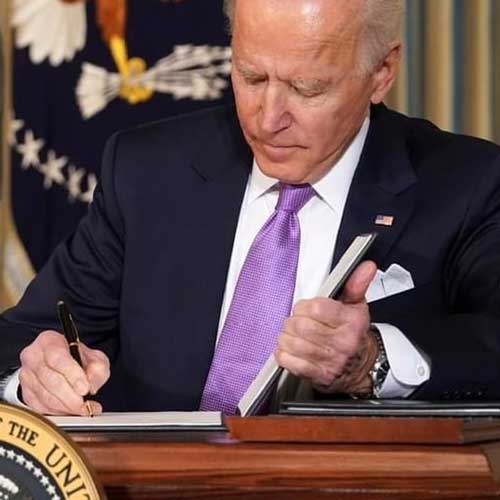 There is no formal definition of an executive order. The most commonly cited definition comes from the House Committee on Government Operation defining them as “directives or actions by the President. When they are founded on the authority of the President derived from the Constitution or statute, they may have the force and effect of law. . . .” These directives are primarily used to instruct federal administrative agencies and government officials.

Executive orders are not laws—only the Legislative Branch has the power to create legislation. Although they are not laws, executive orders may carry the force and effect of law when rooted in either (1) an express constitutional grant of authority or (2) statutory authorization from Congress, whether express or implied.

The History of Executive Orders

Pursuant to the Private Companies Mandate, OSHA will develop “a rule that will require all employers with 100 or more employees to ensure their workforce is fully vaccinated or require any workers who remain unvaccinated to produce a negative test result on at least a weekly basis before coming to work.” OSHA will also develop a rule requiring employers to provide paid time off for employees to be vaccinated or recover from vaccine-related illnesses.

State governments have had the authority to mandate vaccines since the 1905 case Jacobson v. Commonwealth of Massachusetts. In that case, a Massachusetts statute permitted cities to require residents to be vaccinated if the city’s board of health deemed it necessary to protect public health and safety. The Cambridge board of health mandated that all residents receive a smallpox vaccine, and Jacobson refused, citing his Fourteenth Amendment right to liberty. The Supreme Court held the State’s law was a legitimate use of its police power and did not violate Jacobson’s rights. The court also found it was appropriate to delegate administration to a board of health, as long as its actions did not violate the Constitution.

Jacobson is relied upon for the proposition that the government may mandate vaccines.  It is important to note, however, a State statute was at issue, not a federal law.  There is a wide gap between a State governing its citizens and the federal government governing the citizens of a State.

OSHA rule instead of Executive Order

Although Jacobson provides that State governments have authority to mandate vaccines, the President has no power over individual citizens. Knowing this, President Biden did not issue the Private Companies Mandate under an executive order, unlike the mandate for federal employees and government contractors. Instead, he relied upon OSHA to enforce the Occupational Safety and Health Act of 1970. The Act requires each covered employer to comply with OSHA standards and provide employees a hazard-free workplace. Because OSHA regulates private businesses, all private employers, even those with no federal contracts, must comply with OSHA standards, including a vaccine mandate.

Simply put, the President did indirectly what he could not do directly.

OSHA’s rule will come in the form of an Emergency Temporary Standard (ETS). To issue an ETS, OSHA must first establish that employees are exposed to “grave danger,” and an emergency standard is necessary to protect employees from it. OSHA sent the rule’s initial text to the Office of Management and Budget on October 12, 2021, for review. If approved, the ETS will take immediate effect and will bind all OSHA-covered employers.

Unless you are a federal employee, an employer of a company with a federal contract or an employee of a large company (more than 100 employees), it is our belief the President’s Vaccine Mandate is not mandatory as to you.

We offer the foregoing to you not as legal advice (please consult with your own attorney regarding your specific facts) but as an overview.  If you desire to know more, please contact Ron Holmes at 469.916.7700 ext. 105 or via email.

Ron is the founder of Holmes Firm PC. Riley is a candidate for her Doctorate of Jurisprudence degree from the SMU Dedman School of Law, May 2023.