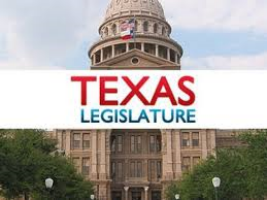 On June 1, 2018, Texas House Bill 2856 came into effect. Bill 2856 removed the requirement that forming an entity with a name similar to an existing entity requires consent from the latter. Instead, Bill 2856 requires that all entities be “distinguishable in the records of the secretary of state.” This change is less restrictive than the prior rule and is in line with the rules commonly employed by other states.

Before Bill 2856, the Texas Secretary of State employed a rule where if the first two words of an entity were the same, then the entities were similar and consent was required from the earlier entity to form a new entity. This created some frustration when the first two words were common enough (but not so common that they would be ignored by the Secretary of state – like “North Texas”) that another entity had already chosen them, thus preventing formation of an entity beginning with those two words.

It was exceedingly difficult for foreign entities to file for domestic certification in Texas for this reason. However, this stricter rule also gave a somewhat limited and minor protection from people using entity names similar to your own.

“Distinguishable in the record”

Now, the rule is that the entities must be “distinguishable in the record.” While keeping in mind that the Secretary of State reserves discretion, names are distinguishable if any of the following are true:

Any name that is not distinguishable is either restricted entirely or allowed with consent from the already existing entity. Names that are available with consent include:

Any other non-distinguishable name is prohibited, with or without consent.

Please note that the Texas Secretary of State expressly states that its rules and examples are non-exhaustive and it keeps full discretion in determining whether your chosen entity name is available.