Is this the End (or the Beginning of the End) of Family Limited Partnership Discounts? 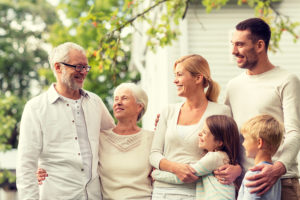 For several decades, estate planners have recommended the use of family limited partnerships (“Family Limited Partnership”) as a beneficial means of transferring wealth. Many of you have employed this planning device, and others have considered, but not acted upon, this opportunity.

As you might presume, the IRS challenged such discounts for several decades, and was overwhelmingly unsuccessful. Then, the IRS convinced Congress to enact Internal Revenue Code Section 2704 in 1990 to try to limit what it alleged to be the aggressive use, and in some instances, abuse of such discounts in transactions among family members. But even after the enactment of Section 2704, IRS efforts to eliminate such discounts were derailed by state law changes and rejected by the courts. The IRS has repeatedly asked Congress to revise Section 2704 to specifically limit or eliminate discounts in intra-family transactions, and it has been included in the President’s budget proposals for several years; however, the IRS had an unused silver bullet all along.

Section 2704(b)(4) provides that the IRS may, by regulations, disregard “other restrictions” when determining the value of an interest in a business entity that is transferred to a family member if the restriction would reduce the value of the interest for tax purposes, but would not reduce the value of the interest to the recipient. Recently, the IRS proposed Section 2704 regulations that would effectively eliminate discounts premised upon a lack of control and/or a lack of transferability in intra-family transactions if the family will continue to control the entity after the transfer occurs.

These new regulations will remain “proposed”, and subject to public comment, through November 2nd, and will be followed by a public hearing on December 1st. After that date, the IRS and the Treasury Department must consider the public comments before issuing final regulations; however, the IRS has been seeking to limit or eliminate the use of discounts in family entity transactions for decades, so it is possible that regulations geared to accomplish that goal will become final and effective sometime in the first half of 2017.

Two bills have already been introduced in Congress to put a stop to the IRS’ efforts to proceed with its proposed Section 2704 regulations, and 41 U.S. Senators recently sent a letter to the U.S. Treasury Secretary encouraging him to withdraw the proposed regulations and “pursue policies that encourage the creation and growth of family businesses and not . . . make it more difficult and costly . . . to transfer ownership [of family businesses] to future generations”.

What you can do now

1However, the lifetime gift and estate tax exemption is indexed for inflation, so it is $5.45 million per person in 2016, and anticipated to be $5.49 million per person in 2017. In addition, any unused portion of a deceased spouse’s exemption may be added to his or her surviving spouse’s exemption.
2“Regulations” are the Treasury Department’s official interpretation of the tax code, and considered to be a part of U.S. tax law.
3 Of course, the complexion of the administrative branch of the federal government (of which the IRS and Treasury Department are a part) may change dramatically as a result of the November 8th election. Whether that will mean more or less or higher or lower taxes, or more of the same, is currently anyone’s guess.