October 25, 2022
Home » The Holmes Firm in the News » Articles - Donna J. Yarborough » How to Inherit from Your Stepparent Who Doesn’t Leave a Will

Pursuant to the Texas Estates Code, only “heirs at law” can inherit from a decedent who doesn’t leave a Last Will and Testament (“Will’). The question then becomes who is considered an “heir”? In Texas, an “heir” is a person who is entitled under the statutes of descent and distribution to a part of the estate of a decedent who dies intestate. This term also includes the decedent’s surviving spouse.

If a person dies without leaving a Will they are considered to have died intestate. Therefore, the Decedent’s spouse and children would be entitled to inherit from that person’s estate.

But what if you are the stepchild of the Decedent? Is it possible to inherit from someone who is not your biological parent or relative?

The simple answer is yes!

If you are considered an “adopted” child, then you are entitled to a part of the Decedent’s estate. You do not have to be legally adopted in order to inherit from your stepparent. Per Section 201.054 of the Texas Estates Code “adopted child” means:

(1) Adopted through an existing or former statutory procedure; or
(2) Considered by a court to be equitably adopted or adopted by acts of estoppel.

Acts of estoppel means that you and the decedent considered yourselves father/mother and daughter/son. In other words, it means that you relied on that person as if they were your biological parent and you called them mom/dad and they called you son/daughter.

In order for the Court to make a finding that you were “adopted” by the decedent, you are required to have relied on the decedent before you turned eighteen (18) and held yourself out to others as being related by blood. Other circumstantial evidence that would be considered by the Court would be photographs of you all together, cards, letters, testimony of friends, or testimony from other family members.

I have over twenty (20) years probate experience and have had several cases in which a stepchild inherited from their stepparent. Most people do not consider whether or not they would be entitled to their stepparent’s estate, but when it comes to estates, you may have facts that would allow you to inherit from your stepparent.

Know your rights and don’t leave money on the table!

I handle guardianships, estate and trust litigation when people haven’t put plans in place. If you are in a situation that you need assistance, please contact me via email or call me at 469.916.7700 x 107. 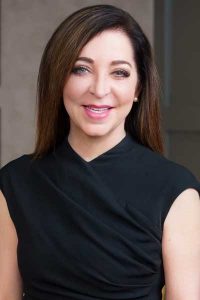 Donna J. Yarborough has been helping Texas families through complex and trying legal issues for almost two decades all over the State of Texas. Ms. Yarborough is a probate litigation attorney handling mainly contested matters including will contests, trust litigation, guardianship and fiduciary litigation, as well as estate administration. She has extensive experience in guardianship litigation, which involves dealing with incapacitated individuals to protect their health and financial estates, representing applicants as well as defending proposed wards.