What You Don’t Know Can Hurt You: The Texas Supreme Court’s Enforcement of the Waiver of Anti-Deficiency Protections

June 20, 2017
Home » The Holmes Firm in the News » Articles - Brian Fisher » What You Don’t Know Can Hurt You: The Texas Supreme Court’s Enforcement of the Waiver of Anti-Deficiency Protections

by Brian A. Fisher 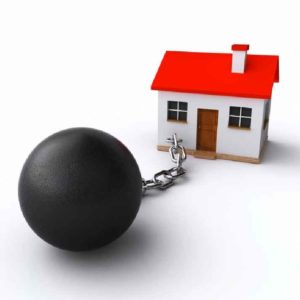 The Texas Supreme Court has defined waiver as the “intentional relinquishment of a known right or intentional conduct inconsistent with claiming that right.”  Sun Exploration & Prod. Co. v. Benton, 728 S.W.2d 35, 37 (Tex. 1987).  However, in 2014 the Texas Supreme Court appears to have strayed from that definition by holding that language in a loan guaranty providing that a guarantor waives “any” and “each and every” defense “that the Guarantor may or might have as to Guarantor’s respective undertakings, liabilities and obligations hereunder” was an enforceable waiver of such guarantor’s rights to the anti-deficiency protections of Section 51.003 of the Texas Property Code.   Moayedi v. Interstate 35/Chisam Road, L.P., 57 Tex. Sup. J. 724 (Tex. 2014).

Protection for Borrowers and Guarantors

Section 51.003 protects borrowers and guarantors in the foreclosure process by providing a mechanism to challenge the bid price paid at a foreclosure sale as being below fair market value and, if the bid price is determined to be lower than fair market value, the deficiency for which the challenging party is liable is accordingly reduced.  Without this protection, a lender is free to bid as much, or as little, as it desires and hold the borrower or guarantor liable for any resulting deficiency.

While the Texas Supreme Court’s holding is most significant in that a general broad waiver (which does not specifically reference Section 51.003) can be sufficient to waive the protections afforded by Section 51.003 (and thus an express reservation of such protections should be sought when loan documents contain a general waiver of defenses), this author finds such holding to also be significant for its ruling on the relationship of waiver and knowledge.   The guaranty at issue in the subject case did not expressly reference Section 51.003 and the facts set forth in the Texas Supreme Court’s Opinion do not establish that the guarantor had knowledge of Section 51.003.  But to find a waiver, the Court must have determined that the guarantor intentionally waived the protections of Section 51.003.

This begs the question:  How can a party intentionally waive a right it does not know that it has?