CONDO, OR NOT CONDO: THAT IS THE QUESTION

February 12, 2018
Home » The Holmes Firm in the News » Hot Topics in Real Estate Law » CONDO, OR NOT CONDO: THAT IS THE QUESTION 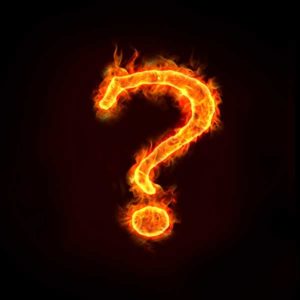 To Condo, or not to Condo?

While Hamlet has no advice to offer on whether property is a condominium or not, it is still a question that needs to be asked and answered before purchasing a residential dwelling that is subject to a homeowners’ association (“HOA”). In Texas, there are two types of residential HOAs: condominium (typically called condominium owners’ association [“COA”]) and non-condominium (typically called property owners’ associations [“POAs”]). POAs may govern single family detached residential dwellings in a subdivision (the typical house) or what are commonly referred to as townhomes (units sharing a common wall). A COA typically governs units that share a common wall. While you may want neither if you’re trying to avoid HOAs altogether, the differences between COAs and POAs are stark and you need to know which one you are buying into.

How do you tell the difference?

It is not enough to simply look at the name of the HOA to determine what type it is. While condominiums are required to have the word “Condominium” or “Condo” in the name of the association, some condominiums are formed improperly. An HOA is defined as a residential subdivision that is subject to restrictions or provisions that authorize the HOA to collect regular or special assessments on all or a majority of the property in the subdivision and which require mandatory membership in the association for all or a majority of the owners of residential property within the subdivision.

What’s the effect of the difference?

For example, there is the matter of amending the Declaration, which is often the principal, binding contract for HOAs. While the unit owners of a condominium may all agree and create a Declaration that states that it may be amended by a majority approval of the unit owners, TUCA will trump the Declaration and not allow an amendment to a residential condominium without at least 67% of the votes and even 100 percent of the votes in certain circumstances, such as an amendment to prohibit leasing of a unit.

Conversely, TRPOPA, while defaulting to a required 67% to amend a Declaration if no amendment provision is included, allows the terms of a Declaration to provide a lower threshold. This means that a non-condominium HOA could vote to prohibit leasing of property within the HOA with 67% or less of the votes if provided, whereas a condominium COA could not do so without a unanimous vote. 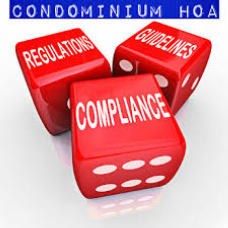 Additionally, condominiums are typically created in a manner such that the unit owner does not own the exterior of the unit, which, instead, is owned by the HOA. In such a property regime, the exterior would be managed, maintained, and repaired by the HOA.

However, a non-condominium regime can be established in any manner that the Declaration or governing documents set forth, including a regime where the exteriors of each unit are owned by the HOA; the only requirements are mandatory membership and the ability to enforce assessments. Any HOA meeting this standard but also has common elements owned in undivided interests is automatically upgraded (or downgraded depending on your opinion) to a condominium regime.

At the end of the day, Texas law is that any buyer is held to having knowledge of the governing documents of a property under a property regime. Therefore, it’s paramount that you read to the point of understanding the Declaration of the HOA for any residential property you are considering purchasing or consult an attorney for legal advice.

The attorneys at Holmes Firm PC have a depth of experience in HOAs and can assist you WHEN IT MATTERS.