Caution: Contracting with Texas and Municipalities 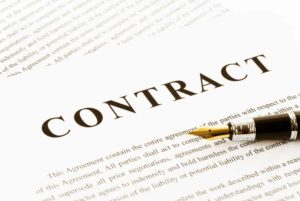 Companies who often contract with the government or a government agency may already be aware, but everyone should understand how sovereign immunity applies and protects the government even when breaching a contract. The Supreme Court of Texas had a landmark decision in June of 2016 that changed the way many approach government contracts. It is likely that a clause in a contract with a governmental entity in Texas that waives immunity or establishes a procedure for suit is not enough to legally waive their immunity!

State immunity, called sovereign immunity, stems from the idea that no state can be sued in her own courts without her consent and, then, only in the manner indicated by that consent. Sovereign immunity flows down to all government agencies and municipalities, which is referred to as governmental immunity. In Texas, there are two components to sovereign immunity: (1) immunity from liability, which bars enforcement of a judgment against a governmental entity, and (2) immunity from suit, which bars suit against the entity altogether. By entering into a contract, a governmental entity waives immunity from liability, voluntarily binding itself like any other party to the terms of agreement, but it does not waive immunity from suit. The Supreme Court of Texas has consistently deferred the power of waiving immunity from suit to the legislature. In doing so, the court pointed out a couple of policies as justification: the government should not be kept from responding to changing conditions for the public welfare by prior policy decisions reflected in long-term or ill-considered obligations and since a lawsuit against the state in turn effects the taxpayers, only the legislature should have the ability to allow such harm.

While Texas Government Code 2260 and Local Government Code § 271.152 have provisions that waive immunity from suit for government entities in certain contracts where goods and services are provided to the government, legislation is silent on other types of contracts. In response, the Supreme Court of Texas established a dichotomy between governmental acts and proprietary acts. Governmental acts are acts done on behalf of the general public. Proprietary acts or functions are those functions that a governmental entity may perform in its discretion, and, for a city, the functions are performed to serve the interests of the inhabitants of the city. The Court said that immunity from suit does not exist for proprietary acts and thus does not need to be waived, while it does exist for government acts. This means that a governmental entity can breach a contract involving a government action even if the contract expressly waives immunity and is immune from suit and out of the subject matter jurisdiction of Texas courts. The Court advised to look to Civil Practice and Remedies Code § 101.0215 for a non-exhaustive list of government functions. A contract with the government that involves anything  considered  a  government  function,  even if  it  includes  other  proprietary functions, remains under the protection of the government’s immunity from suit. The only time such immunity will be waived is if Texas or local legislation clearly waives the immunity.

When approaching a potential contract with Texas or a government entity, the possibility of the state breaching the contract and being immune from your breach of contract claim should be weighed in your cost-benefit analysis. While it is always important to have an attorney look over a potential contract, it is especially important to have him or her confirm whether you would have any recourse if the government should decide to not honor the contract.