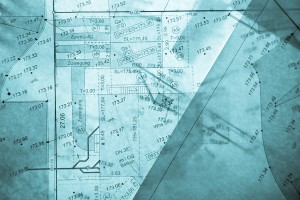 When acquiring commercial real estate, one of the negotiated issues is the requirements and costs of a survey of the property. If financing is involved, lenders tend to ask for, in addition to the minimum requirements of an ALTA Survey, most optional specifications or requirements (think Table A), thereby driving up the cost of a survey. Many of you probably are thinking, “Yes, but our firm already knows how to negotiate these costs.” But, just when you thought you had your survey negotiation tactics down to a “T” – think again.

Changes to the Minimum Standards Requirements for ALTA Surveys in 2016

Effective February 23, 2016, there will be several important changes to the Minimum Standard Requirements (the “Minimum Standards”) for ALTA Surveys that all parties involved in a real estate transaction should note. Perhaps the most basic change is that ALTA Surveys will undergo a name change. Previously, ALTA Surveys were formally known (and certified) as “ALTA/ACSM” Surveys, with ACSM referring to the American Congress on Surveying and Mapping, an entity that helped promulgate the Minimum Standards. Instead, the ALTA Surveys will know formally be known as “ALTA/NSPS” Surveys, with the National Society of Professional Surveyors (NSPS) being the legal successor to ACSM.

Beyond that, there are several important revisions to the 2016 Minimum Standards that change what you thought you knew about negotiating surveys in a contract. For example, developers, did you know that many title insurers are probably going to require you to alter the survey language in your Purchase-Sale Agreements to conform to the new Minimum Standards prior to providing coverage? Was anybody aware that the new Minimum Standards do not require monuments to be set at the corners of offsite easements anymore (saving you about 30% to the cost of your survey)? Similarly, was anybody aware that the previous Table A Item 11(a) has transformed into a mandatory item (thereby increasing the cost of a survey and making for a useful negotiation point between buyers and sellers when allocating survey costs)? Further, there is a totally new Table A Item 21 that could prove to be a very beneficial cost-saving measure. And there are plenty more changes from the 2011 Minimum Standards – too many to list in this short article.

The point is, survey requirements and cost allocations are issues in any real estate transaction and one cannot rely on knowledge of the previous standards and expect to tactfully negotiate survey requirements and cost allocation under the new 2016 Minimum Standards. But, the good news is that we can help. The attorneys at Holmes Firm PC are well-versed in the new Minimum Standards and can help you through the inevitably tough early negotiation phase when these new Minimum Standards first take effect.