1031 Exchanges, Multifamily in Southern California, and retail in Dallas 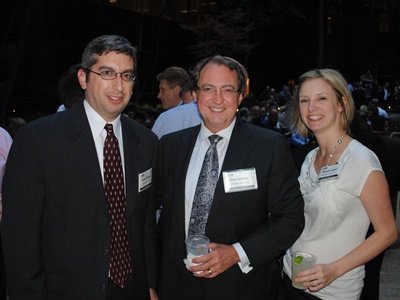 Brian Fisher and Ron Holmes were recently at a networking event where Ron was asked about what kind of activity is going on right now in the legal world of real estate.  Here is an excerpt on what he had to say:

Ron tells us they’ve seen a noticeable increase in their practice driven by the fear of gift tax changes, multifamily development, and opportunistic acquisitions of office and free-standing retail.

“We have recently represented wealthy ranching/O&G families taking advantage of the current $5M gift tax exemption by effecting 1031 exchanges and gifting the boot,” he tells us. Business in California, which has been dead for three or four years, has returned led by mid-rise and high-rise multifamily development in Southern California, he says.

“The flood gates are not open, but it is raining,” Ron says. Evidence: he’s working multifamily developments in Frisco and Houston, and he’s seeing more opportunistic office and freestanding retail purchases in Dallas (particularly Uptown) and San Antonio.